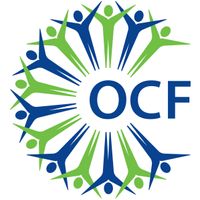 Does Oxfordshire have an education problem? Unfortunately and surprisingly to some, yes. For those facing disadvantage. You might think that living in such an enriched and educated county would benefit everyone in some way, and potentially, it could. But right now the figures suggest that our disadvantaged children are doing worse educationally than the national average and this year the gap between them and their peers has increased, (see county stats 2018).

This year in Oxfordshire, the gap increased from 20%points to 23%points at Early Years Foundation Stage (age 5), nationally the gap remained at 17%points. And we're not talking about a problem with schools, this assessment is taken at the start of their formal education and they're already behind. These are young children and they are not being given a fair start.

Research has shown that it's not a lack of aspiration. Regardless of deprivation, all families want the best for their children and the notion of a poverty of aspiration can be damaging. What is needed is support to translate aspiration into reality through positive and enriching home learning.  As highlighted by the House of Common's Education Committee's report 'Tackling Disadvantage in the Early Years' the Home Learning environment is key to promoting attainment for children.

But with great expertise in education, including in the early years sector, we do have the potential to make this happen here, alongside the national movement, as seen in the clip below. OCF aims to understand what works in Oxfordshire to reduce the disadvantage gap, and then work with funders and delivery experts to extend these activities across the county.

The most disadvantaged children are 19 months behind their more well-off peers in language and communication development by the time they start primary school. We know that what happens at home in the early years of a child’s life is not only the key to their success in education, but their success in life.

How to Train Your Dragon: A To Do List!
Oxfordshire Community Foundation

Want some Practical Help with Copywriting or Giving Speeches? 5 ways to add weight to your words:
Oxfordshire Community Foundation