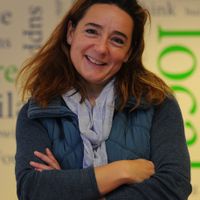 Well so says the Joseph Rowntree Foundation (JRF) who choose this week to also launch a new a five-point plan to solve poverty by 2030.

As seems to be the case these days, I initially picked all this up via twitter this morning, and whilst having appreciated the simplicity of the infographic that was chosen to illustrate this plan I was keen to read more.   Fuelled in part, I admit due to the fact that I will be leading a conference workshop next week in Cardiff to explore the role of community foundations against the background of emerging social problems after Brexit.  So it was fairly obvious to me there was an immediate possibility that I might be able to include reference to this new JRF plan.

Highlighting the social inequalities that exist in our communities has always been a priority for the Oxfordshire Community Foundation, and our recent report Oxfordshire Uncovered has been a great enabler in this.   However, I am one of life's doers and always prefer to see action rather than lots of thinking and I have always seen potential upside in more collaboration as opposed to it being fraught with difficulty.   Therefore, I was particularly drawn into the suggestion in JRF new five-point plan that governments, business and the public must now work together on finding a solution to poverty.

I believe we can all make a start on this by sharing stories of injustice that have to change.  As is referred to in the report it cannot be right that those on the lowest of incomes actually pay what is described as a 'poverty premium', meaning the relative costs of the most vital services such as gas, electricity and loans are typically charged at 10% more.

A fascinating yet most uncomfortable piece of local knowledge shows the reality of this in the price of a banana at various shops across the county, and for those with limited access to transport often living on housing estates having to pay 35p for one banana compared to 16p at the nearest supermarket.

Therefore I urge you to read the report and ask yourself what can you do to #solveukpoverty?

PM urged to make good on promise ‘to make Britain work for everyone’ Responsible capitalism needs to end the scandal of people in poverty paying more for everyday goods and services  £20m fund announced to tackle ‘poverty premium’ A new ‘long term deal’ to solve poverty – between governments, business and the public - is needed to solve poverty in a generation, so the first cohort of ‘Brexit children’ starting school this Autumn grow up and enter adult life in a UK that is prosperous and poverty-free. The independent Joseph Rowntree Foundation (JRF) today launches a five-point plan to solve poverty by 2030. It is the most comprehensive strategy of its kind to set out how to solve poverty across all groups in the UK. The first priority is a reboot of markets towards a more responsible capitalism that benefits people on low incomes. JRF is calling for government, regulators and companies to work together to end the ‘poverty premium’, where people on low incomes pay more for goods and services such as fuel and credit.

How can we #solveukpoverty? Our five-point plan highlights some of the key areas from our strategy https://t.co/HNtfXVL1Ju pic.twitter.com/H8FcGhBxTk

I help #solveukpoverty by teaching people basic #digitalskills so that can get the financial, social and other benefits of being online 💻📱

@jrf_uk shows
cost of poverty to the UK's education & skills system. Read about our work
to #solveukpoverty https://t.co/fUhnB9yCBc

Anyone else conflicted by this?
Jayne Woodley

Another manifesto but why aren't there more challenges in response?
Jayne Woodley

A young family in lockdown: this is personal!
Suzy Donald

How to Train Your Dragon: A To Do List!
Oxfordshire Community Foundation
repost  cancel